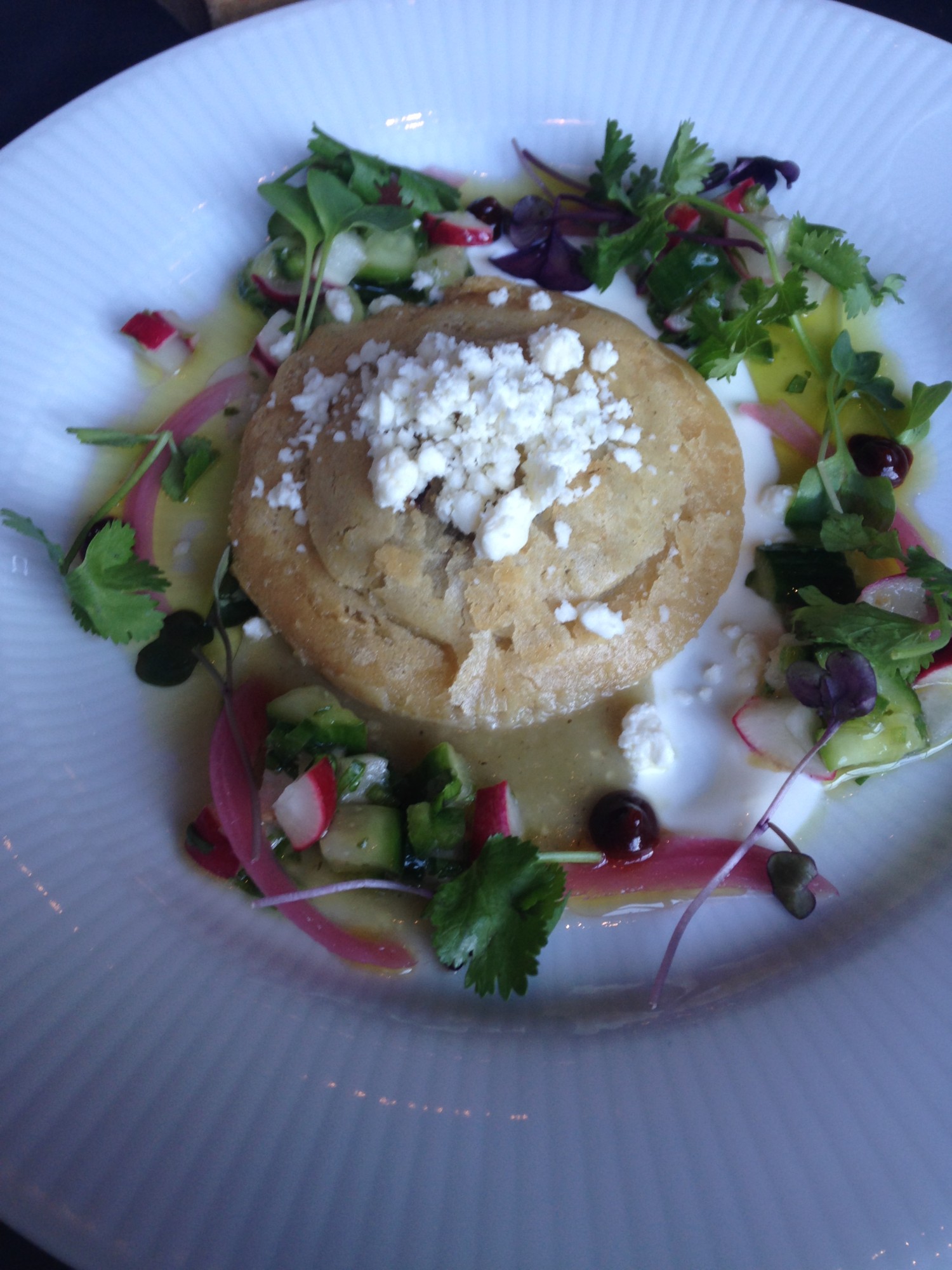 Have you ever really thought about what you’re eating, like gone so deep into thinking about all your senses?  Or even thought about what attracted you to try something, what it did to your palate how it may have changed the way you eat or cook?  It’s called a sensory evaluation, and we had to try a “new” food and go through a this evaluation. For my sensory evaluation, a friend and I went restaurant searching for food that we haven’t tried.  We landed at a restaurant, which served Crisp Chicken Skins and Pupusa’s. Neither of which I have personally tried before. 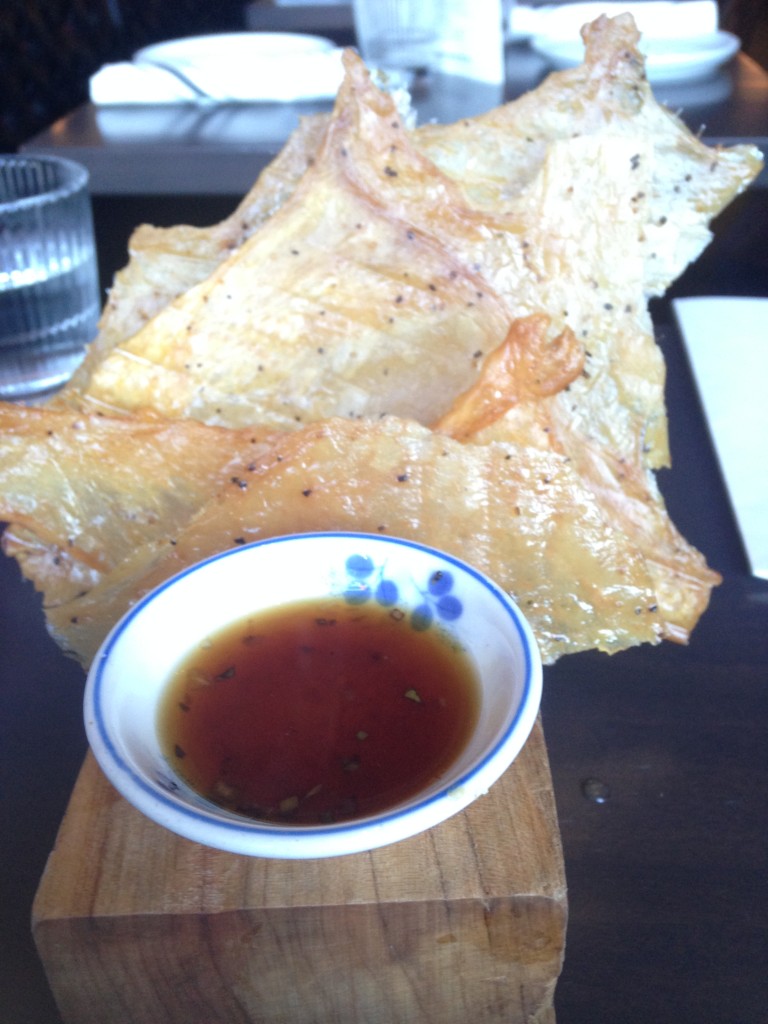 I know you’re thinking, but you’ve probably eaten chicken skin before, Tara. Well guess what, I’m the girl that takes it off chicken wings; quarter chicken dinners and anything else. I have always detested the texture of chicken skin. So there was always someone who loved chicken skin who got lucky. This chicken skin however was different. I was expecting it to be chicken skin taken off a breast or leg and in a weird shape. However it was a flat piece of crispy, greasy, salty, thin and yellow chicken skin. At first, it had a weird sense of appeal to me. I was so curious and interested in how they made it so flat. As I tasted it, it tasted exactly like chicken stock/broth except 100 times saltier. It was deliciously crispy and crunchy but very oily. The oiliness really didn’t give a nice mouth feel as it was lingering on my tongue. There was a dip that was paired with it, which was sweet chili vinegar. This dip really helped to balance out the saltiness of the skin. It helped with the umami flavour for me and enhanced the taste. The sauce paired with the chicken skin worked well because of the vinegar and sugar level, which toned down the salt and almost, added a different texture as it lightly softened the exterior of the skin. This was a unique food for me as it was out of my comfort zone to eat it. I was thankful that there was a sauce along side to balance the flavours, but what was most unique to me was the appearance and texture. Dehydrated chicken skin, which was flattened and deep-fried, will be something I would maybe try again, not in such a large quantity but maybe as a garnish or a secondary item on a plate.

The second item of choice was a Pupusa. A masa pie! I have some El Salvadorian friends who rave about Pupusa’s so I decided to try a restaurant version and see what the hype was all about. This dish was called “Cabrita Pupusa” with goat, black beans & cotija cheese masa pie, tomatillo salsa and guajillo date glaze. 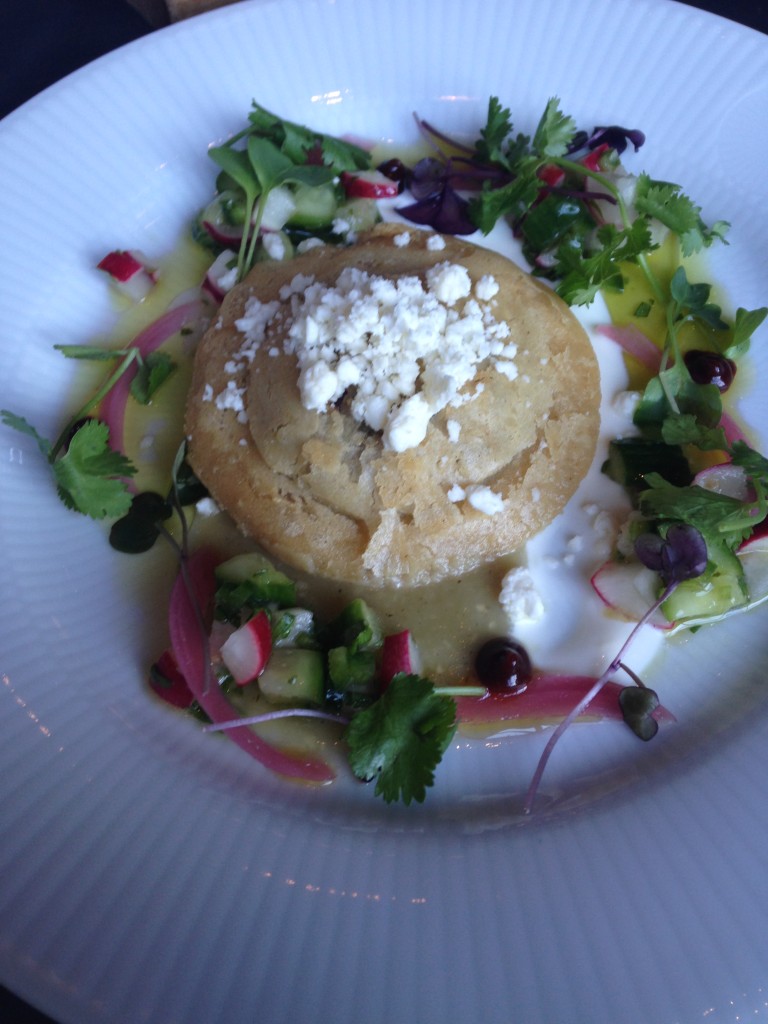 When it was placed in front of me, the dish was rather appealing. There were contrasting colours and flavours on the plate. There were many textures as well, which visually enhanced the plate. The only distinguishable aroma was that of it being fried and the cilantro garnish. The Pupusa itself was rather bland. The only flavour was from the oil as it was over fried. The inside was filled with beans and goat, which had a light salty taste. The surroundings and accents on the plate were more appealing. The tomatillo salsa was more on the bitter and tangy side; the guajillo date glaze was, sweet, chili and sour. Pickled onions on the plate brought in a sour aspect and additional crunch to the plate. There was some sour cream spread on the plate, which added some additional creaminess and was a nice accompaniment to the Pupusa with the salad. 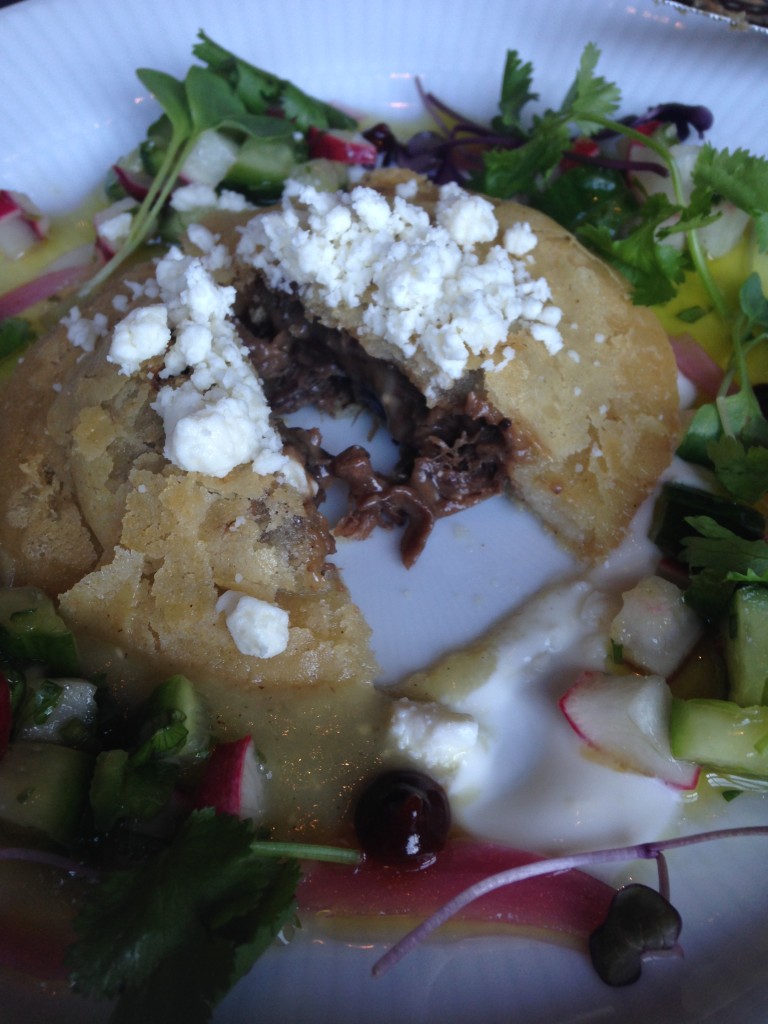 Overall the main component of the dish, the Pupusa was really lacking in flavour and was over fried. I could tell from my palate that it was re-fried as it was overly greasy and the grease oozed out as I cut it. There was also an additional drizzle of oil over the plate, which was unnecessary due to the greasiness of the Papusa itself. I really enjoyed the flavour of the cotija cheese along with the guajillo date glaze, the two were delicious! I discovered that I am not a huge fan of fried foods especially when they are over-fried or double fried. I do not like the flavour or texture of oily foods on my tongue and how they linger. What I do like are more complicated flavours that compliment each other. The guajillo date glaze for instance was a flavour that you keep trying to distinguish what it is made out of (if you didn’t read the menu). I also like a variety of textures on my plate so that there is a “perfect bite”. I would definitely try Pupusa again, next time from a traditional El Salvadorian. I’m looking forward to trying my friends homemade Pupusa soon!

Now I ask you to go out and try a new dish, recipe, ingredient or flavour. Ask yourself about your palate and distinguish what you actually really like and don’t like; before you refuse to try something based on its appearance or aroma. Enjoy! 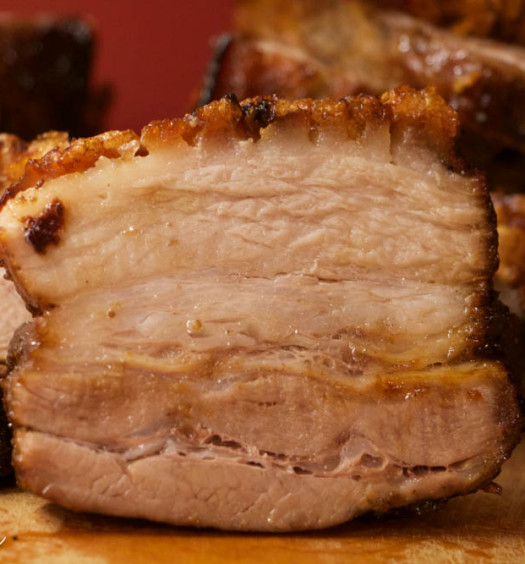 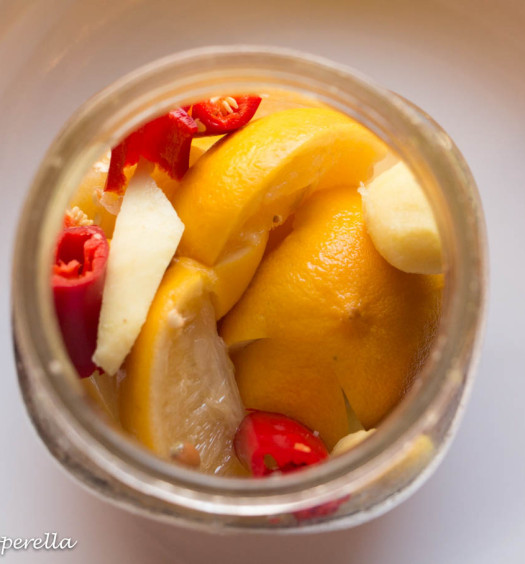